The winning projects were selected by esteemed artist and industry judging panels which included: Tom Waits and Kathleen Brennan, Slayer, Bakithi Kumalo, Michael W. Smith, Amy Lee (Evanescence), Sepultura, and Fiona Joy among many others; as well as press and talent buyers from the Americas, Europe and Pacific Rim. More than 54,000 online fan votes determined The IMA Vox Pop Winners in Song and Video categories.

A complete list of The 16th IMA Winners available at http://independentmusicawards.com/16th-independent-music-awards-winners/ 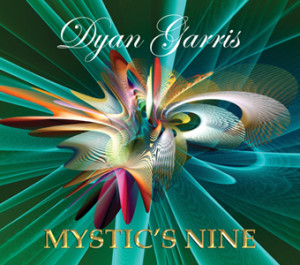 “I am so honored for this exciting win for my song, ‘Mystic Sea.’ Scott Schaefer’s flute artistry added a wonderful depth and dimension. I am truly grateful to all of the fans and the judges and to The Independent Music Awards,” Garris said.

Reeve Carney was among the night’s biggest winners for his debut solo album Youth Is Wasted which earned 5 wins in the Adult Contemporary Album & Song, Acoustic Song and Rock/Hard Rock Song categories; Matthew Huff was the fan favorite in Alt. Country Song, Country Song and Social Action Song categories; Compass Records recording artists The Bankesters, won both the judge and fan votes for their Bluegrass cover of the White Stripes’ “Seven Nation Army.”

“The IMAs celebrate the artists who dare to create something extraordinary… without major label support” said IMA Executive Director, Martin Folkman. “From traditional to avant garde and every music genre in between, The Independent Music Awards provides a platform for a diverse range of incredible self-released and indie label talent at every stage of their careers” Folkman said.

ARTISTRY HAS ITS AWARDS
Now in its 17th year, the influential Independent Music Awards honor the year’s best music projects by self-released and indie label talent. And connects them to new performance, promotion and distribution opportunities. The program receives entries from 95 countries on 6 continents. Nominated projects are winnowed from thousands of submissions, and are determined by panels of influential artists, music industry executives and fans.